I have been struggling to find a winner on the flat so far so here’s hoping for a change of fortune!

Glorious Gift, trained by Peter Chapple-Hyam may have been a bit unlucky not to get off the mark at a juvenile when he was beaten into 2nd place at Haydock.  Hew reappears tomorrow in the 4.00 at Folkestone where he should go well if handling the ground.

General Tufto ran 3 times as a two year old and is now qualified for handicaps. He showed some promise in those races and has been gelded since.  He looks the sort that could develop into a fair handicapper.  The runs in the 5.35 at Folkestone.

I used a follow a bit of a system where I backed the first 6 in the Lincoln next time they ran.  Rio Riva would be a "qualifier" on that basis.  He3 goes in the 4.45 at Southwell. 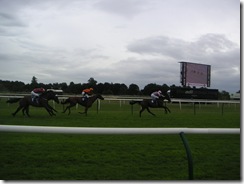 Compromiznotension has been knocking on the door and has a good chance of getting off the mark over hurdles in the Wetherby 2.40.

In the 3.15 Brook no Argument looks to have conditions in her favour.

In the 4.50 Sir Tantallus Hawk looks the most likely winner.  He is by the same sire ar Sir Boreas Hawk a dual bumper winner form the same yard.

The flat season is not in full swing yet but there are some interesting runners starting to appear.  One I like the look of is Hughie Morrison’s Rock Peak in the 4.40 at Lingfield tomorrow. Rock Peak made a pleasing start to his career when 4th in a Sandown maiden last season and further improvement is on the cards.

The only runner from our list to follow on Sunday is Cave Hill in the Kempton 4.15.  He Looked promising in 2006, winning an Irish point and bumper at Hereford (both on soft); modest form in novice hurdles and handicap debut at Folkestone (2m6f, good to soft) last time brought no improvement so, despite another step up in trip looks best watched.

Starting tonight’s preview at Bangor I see that Isn’t That Lucky, who won for us at 10/1 last time, runs in the 3.00.  Isn’t That Lucky is getting weight from his main rival and looks the likely winner.

Elsewhere on the Bangor card Len Lungo looks to have found a winning opportunity for Delightfully in the 2.30 while Carrick Oscar is of some interest in the 4.40.  He suffered a setback after winning a soft ground bumper at Towcester last season and finished 3rd despite pulling hard on his reappearance at Chepstow.  He tackles 3 miles for the first time tomorrow which should suit him and if he settles better he has an each way chance.

Moving on to Newbury the 2.55 looks an ultra competitive affair.  I have a short list of 4 for this consisting of Classic Fiddle, Scarvagh Diamond, Miss Mitch and Theatre Diva.  Miss Mitch, a winner at Wincanton earlier in the season was 2nd over hurdles at this meeting last season.   She is a horse I have always liked but she does have her share of weight.  The case for Scarvagh Diamond revolves around the going.  Her last 3 wins have all come on heavy ground so the more rain we get the better her chances.  Classic Fiddle seemed to be going the right way with 2 wins over fences but was pulled up last time out.  There were physical reasons put forward for that so if she is back to her best she would be in with a good chance.  Theatre Diva has only been out of the first two once in her last 10 starts has won on soft ground and is ridden by a decent claimer.  This is a very hard one to call but Scarvagh Diamond would be my each way selection on heavy ground.

The bumper (4.30) was won last season by Diamond Harry and, although he has not run since he attempts to follow up tomorrow. He clearly acts on the track, he won on soft ground and obviously goes well fresh so he be on the premises again.

The third jumps venue tomorrow is Stratford where my best offering is Low Delta in the 4.20. 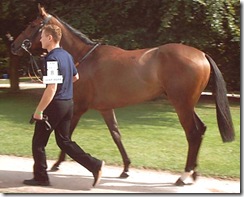 There is flat action at Doncaster where Brave Prospector is likely to start favourite in the 2.35.  He comes from an in form stable and has the best form in the book but there are a few question marks against him. At a better price Louis Seffens looks a promising sort for Alan Swinbank after finishing 2nd on his only start last year at this track.

In the 3.05 Valery Borzov is an interesting runner for Dandy Nicholls.  This is a speedy type who should win races this year although perhaps he will be better over sprint distances and on faster ground.

I afncy Burning Incense as a horse to follow this season.  He didn’t win last year although he did run some solid races and he is now with Michael Dods who does well with sprinters.  Burning Incence should handle the ground OK but is drawn 3 which may turn out to be the wrong side.  He has an each way chance at 12/1.

Moheebb should be all the better for his run at Redcar the other day.  I see that he wears first time blinkers in the 4.45.

In the 4.50 at Kempton King of Dixie will have only his 3rd career start despite being a 4 year old.  He is an imposing individual who made all in emphatic style to win at Kempton in January.  He drops down to 6 furlongs here which is slightly surprising but he is open to improvement and certainly one to keep an eye on.

At Nad Al Sheba Godolphin look to have a strong hand in the 3.55 with Literato and Creachadoir.  Frankie Dettori has a high opinion of Creachadoir so the fact that he has chosen to ride Literato instead may be a tip in itself.

Dettori rides Jalil in the 5.30..  It would be quite something if Jalil could win this as, despite costing a king’s ransom he was far from convincing in his early days in the UK with his only success coming in a maiden at Ripon.

That is about it for tonight.  I will be back tomorrow evening for a look at Sunday’s racing.

Nevada Royale is very well thought of as a chasing prospect by Paul Nicholls but for the time being he is marking time over hurdles.  He won easily last time out at Exeter and looks likely to follow up in the 1.40 at Newbury.  One of his opponents will be Aux Le Baahn, a former bumper winner who is still looking to break his duck over timber.  Aux Le Baahn has been placed several times this season but has still been a bit of a disappointment.  I can’t help thinking he is better than he has shown in his runs this term and it wouldn’t surprise me if he gave the favourite most to do.

Mister Potter has been expensive to follow and to be honest looks as though he might need more time.  He was 3rd to the Sawyer at Chepstow on his latest start and does seem to be getting the hang of things.  He is dropped down to 2.75 miles in the 2.40 and has an each way chance.

There tends to be a bit of a lull between the Lincoln and the Grand National and tomorrow’s meetings don’t look very attractive.

Rather than preview Thursday’s action I have been taking a look at some of the 2 year olds that we will be watching during the flat season.  The following caught my eye.

Bourne (L Cumani) The dam won over 10 furlongs and comes from the family of St Leger winner Arctic Owl so this one may be better as 3.

Paisley (L Cumani) The dam, Pongee, won several races including the Group 2 Lancashire Oaks at Haydock.  Another that will probably need time.

Tinkerbelle (J Dunlop) By Marju out of a winning dam who was related to several other winners including Persian Lightning.

King’s Song (M Stoute) By Indian Ridge out of the dam of Alleviate, who was a multiple winner for Sir Mark Prescott and the high class Allegretto.

Quinsman (J Hills) A Singspiel colt out of a consistent mare that won 3 times (maximum 8 furlongs) when trained by Mark Johnston.

Crainza (P Chapple-Hyam) By Polish Precedent out of a mare that won at two, and twice at 3.

Impressible (E Alston) This one is bred to be speedy being a half sister to Reverence.  She is by Oasis Dream himself a top class sprinter.

Border Patrol (R Charlton) This one is a half brother to any number of winners and if pedigree is anything to go by should be nailed on to land a race or two.

I will take a look at some more juveniles over the next few weeks.

Jorveybrook came to the racecourse at Haydock in November with quite a home reputation but trailed home well down the field.  That performance may have been down to the testing conditions and he could be worth another chance on his hurdles debut in the 4.15 at Newcastle.

It looks pretty dull stuff tomorrow but I will venture the following selections.

Not much joy from yesterday’s preview with Souffleur finishing 2nd.  There do seem to have been a few hard lucks stories in the spring handicap at Musselburgh though and some of the beaten horses will be worth watching over the coming weeks.

Turning to tomorrow the opener at Chepstow (2.255) looks a decent race.  This looks to be between I Hear a Symphony, Quartano and Schiehallion. Quartano looks a bit short and I am not sure he represents value. I thought that Schiehallion put up a much improved performance when 2nd to Isn’t That Lucky on his last run and I would take a chance on him.

There is not much of interest on the flat.  I did have a look at the 4.55 at Redcar.  Osteopathic Remedy hasn’t actually won since scoring on his racecourse debut back in September 2006. As a result he has slipped to his lowest ever rating and could be on the verge of getting his head in front again. Another I like is Moheebb who won 3 times last season and is related to 2,000 gns winner Footstepsinthesand.

The various meetings tomorrow seem under threat from the weather so I won’t spend too much time on my write up.

Up at Musselburgh I see that Souffleur goes in the 4.30.  He has won 3 times over hurdles this season and could just be too good for his rivals.

There are some interesting characters in the sprint at 5.30 including the full brothers Geojimali and Blazing Heights who are both course and distance winners.  Bo McGinty has featured on these pages many a time and has been running consistently on the all weather while Caribbean Coral is a former winner of The Vodaphone Dash.  Geojimali won the race last year and could be in the shake up again.

The only runner from our list to follow, mover the jumps is Pebrock in the e 5.40 at Plumpton.